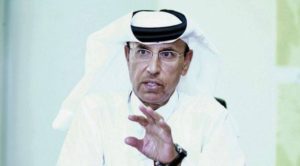 This is almost twice the current 750-800 air movements per day, which makes Qatar Middle East’s second busiest country in air traffic, he added.

Eshaq, in an interview with Al Sharq, confirmed the readiness of Qatari air navigation for the FIFA World Cup Qatar 2022 in a highly professional manner, indicating that all procedures related to the Qatari airspace and the flow of aircraft movement and air control are in line with the requirements of operational intensity during the World Cup.

He stressed that all workers in the field of air traffic control have received intensive training according to the highest professional and technical standards to manage the Qatari airspace in an efficient and professional manner, reiterating the importance of the role of the Qatar Air Traffic Control Center in enhancing training operations for air traffic controllers to improve their capabilities and professional competence in order to keep pace with the expected heavy air movement during the FIFA World Cup Qatar 2022 and after the World Cup as well, in addition to its role in modernizing the local aviation industry system through the use of the latest technical and technological developments in the field of air navigation.

Al Eshaq said in the context of preparations for the FIFA World Cup Qatar 2022, the number of aircraft parking lots has been increased to improve the capacity at the airport, which is in line with the program and plan set by the management of Hamad International Airport, which is expected to finish at the end of August. He pointed to the installation of the latest devices in the Middle East, the “virtual tower”, which will contribute in the future to dispensing with traditional watchtowers.

He added that this device can be installed anywhere, and through it, the aircraft can be directed through screens and the device. There are no similar devices in the Middle East except in Qatar, he said, adding that a number of modern radars have also been installed at Doha Airport and Hamad International Airport. The completion of the installation of the two additional radars at Hamad Airport will be done soon, contributing to the enhancement and support of aircraft movement on the runways during takeoff and landing.

He pointed out that the safety rates in the Qatari air traffic movement reach 100 percent because of the advanced technological devices and the efficiency and professionalism of the air traffic controllers, who possess the ability, operational efficiency, qualitative qualification and highly-reputed training and professionalism. He stated that the Air Navigation was provided with a large number of modern devices as well, and they were installed to keep pace with the expected increase of the FIFA World Cup Qatar 2022.

Al Eshaq stated that any update or change in the air navigation system is done in consultation with Qatar Airways, which plays its role in setting these routes and changes in its simulator to test it and notify Air Navigation if the procedures are appropriate or need to be modified to ensure the smooth movement of aircraft, stressing the success of this experience due to the plans, operational programs and advanced and modern devices that have been activated currently.

Director of Air Navigation Department at Qatar Civil Aviation Authority (QCAA) Ahmed Al Eshaq concluded his statements by confirming that the current equipment guarantees and enhances the safety component of aircraft flying in Qatari airspace through the ease of air and ground movement.