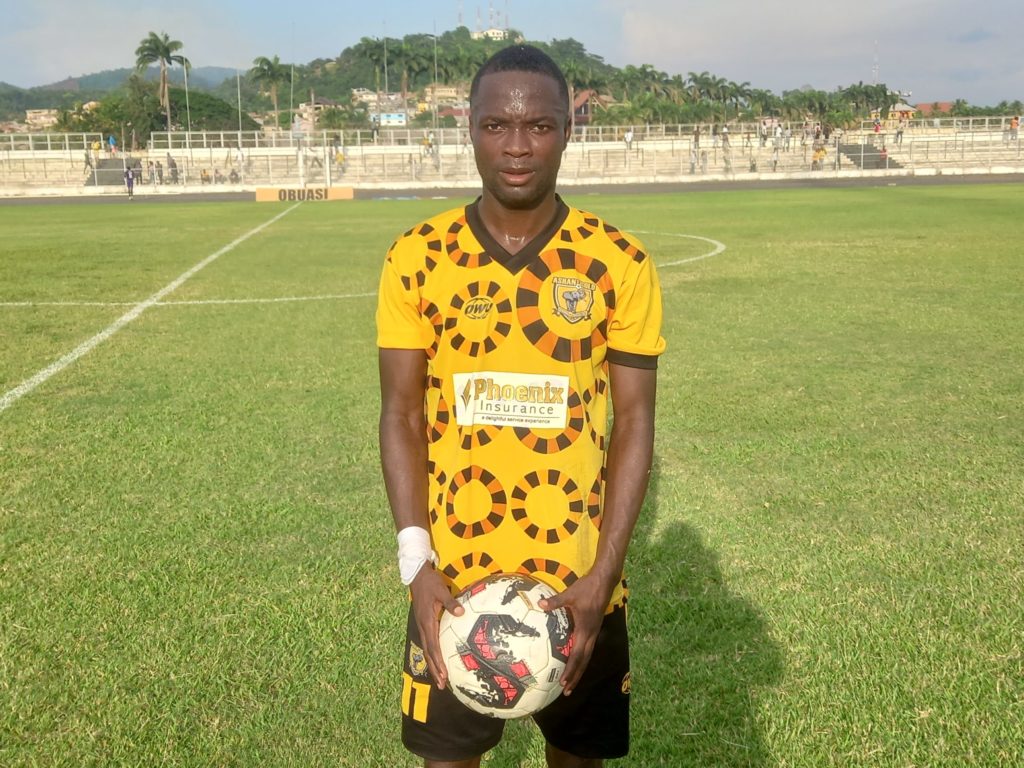 According to him, he had set a personal target of 15 goals in the season for the club.

However, a target of 15 goals saw him score 22 goals to win the goal king award for the 2021/22 Ghana Premier League.

The pacy winger also equaled a long-standing record in the league set by Hearts of Oak legend Ishmael Addo with his goals this season.

Speaking in an interview, Yaw Annor when asked how he expected the season to go at the start of the season said, “I always set a goal of 15 goals for myself once the season started, but leading the goal tally was completely unexpected. I didn’t get off to a great start, and I felt like my level wasn’t high enough by the end of last year, so I decided to put in the extra hours to make a difference,” he explained.

“It takes a lot of hard work and dedication to get that far, I didn’t get this far by just fantasizing about it. I worked hard and dedicated myself to achieving a high level of performance. Doping never occurred to me. What happened in the league was the result of my efforts.” he added.

Yaw Annor was crowned home-based footballer of the year and also GPL Top scorer in the 2022 Ghana Football Awards held over the weekend.

Tariq Fosu named in English Championship Team of the Week