The Black Galaxies are back in action against Nigeria in the final round of the Championship of African Nations (CHAN) Algeria 2022 qualifiers. Ghana has been absent from the competition since 2014 despite playing in the final of the tournament in the maiden edition in Cote D’Ivoire in 2009.

Annor Walker’s men swept aside Benin in the preliminary round of the qualifiers after qualifying on a 4-0 aggregate over two legs.

Coach Annor Walker has a huge task of ensuring that Ghana makes it to the tournament in Algeria. But that wouldn’t come cheap as the team needs to surpass two crucial hurdles against Nigeria to make it to Algeria.

With some of the top players selected from the Premier League season, the Technical team can boast of a fine blend of young and experienced players who have the mettle and competence to make Ghana proud this time.

Team captain Gladson Awako is expected to bring on board his rich vein of experience as he hopes to carry the team on his shoulders to the benefit of Ghana. Awako – a FIFA World Youth Championship winner has played for Berekum Chelsea and T.P Mazembe in the CAF Champions League and CAF Confederation Cup and has all the qualities to lead the squad.

The team spots a perfect blend of experience as the likes of Vingent Atingah (Medeama SC), Michael Ampadu (Legon Cities), Konadu Yiadom (Hearts of Oak) and Bright Adjei (Aduana FC) will be counted on for their experience and leadership.

Coach Salifu Yussif whose team is built around local stars drawn from Champions Rivera United, Remo Stars, Enugu Rangers, and Akwa United come into the game with revenge on their mind after Ghana qualified at the expense of Nigeria for a slot in the FIFA World Cup Qatar 2022 finals. 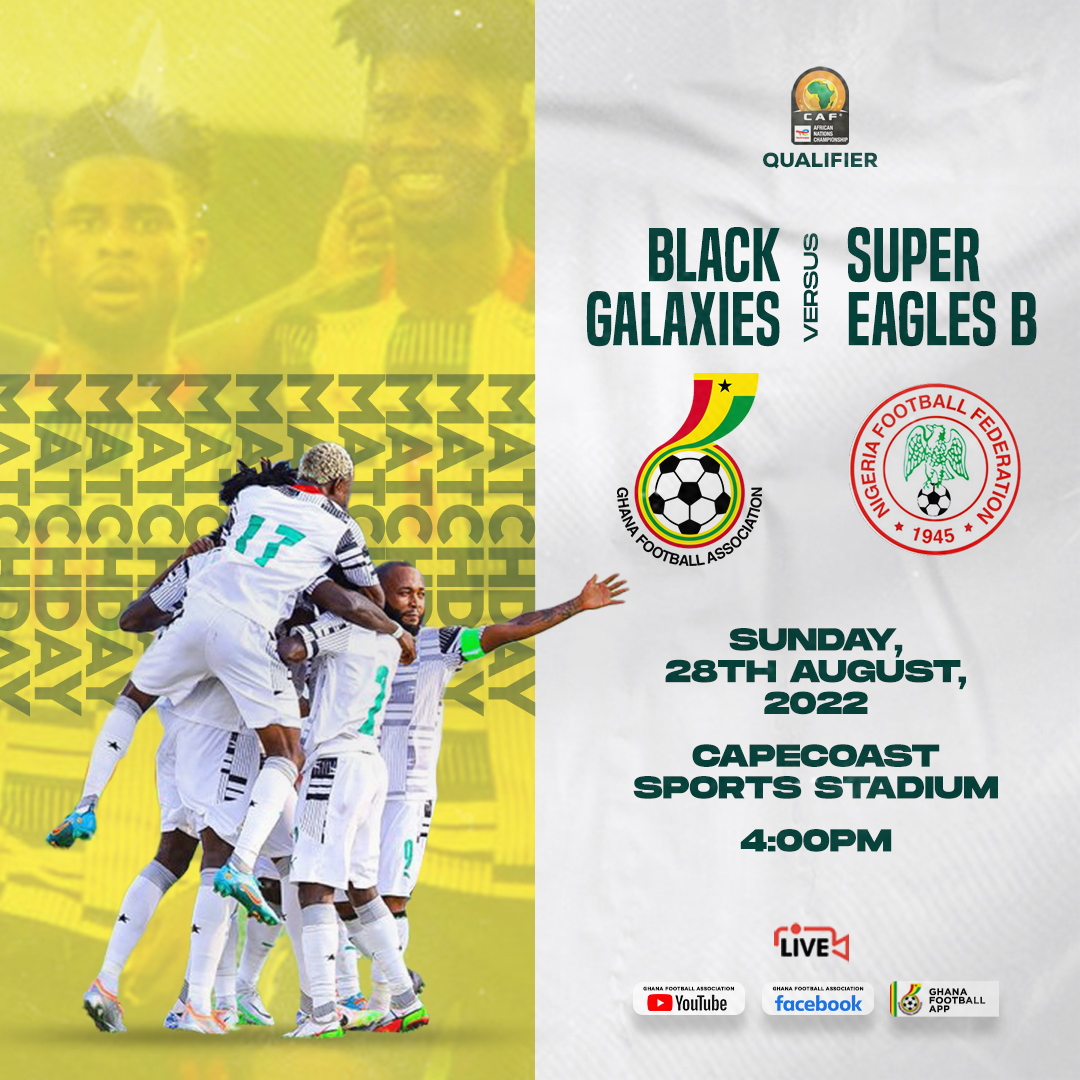